NOTE: If you are exporting/re-importing constituent fields in order to bulk update them

Every row in your spreadsheet must contain enough information to create or update a constituent in LGL. The minimum information can be First Name, Last Name, or Organization Name. Or it can be External Constituent ID or LGL Constituent ID.

At least one of these fields is required for a constituent to be created:

Special fields are fields with enhanced functionality that make it easier to import data not formatted in a way that LGL accepts on a one-to-one basis.

Please refer to the examples below to see how to format your data in multiple cases. For each example, follow the mapping shown in the corresponding screenshots as you're mapping your own fields in the Flex Importer. 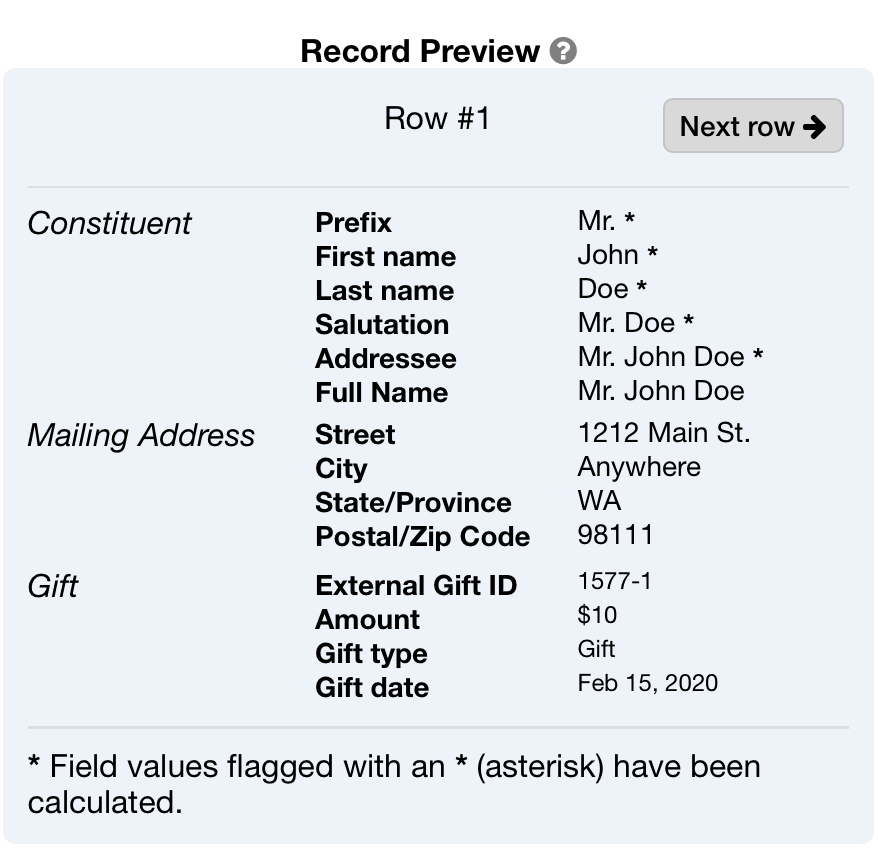 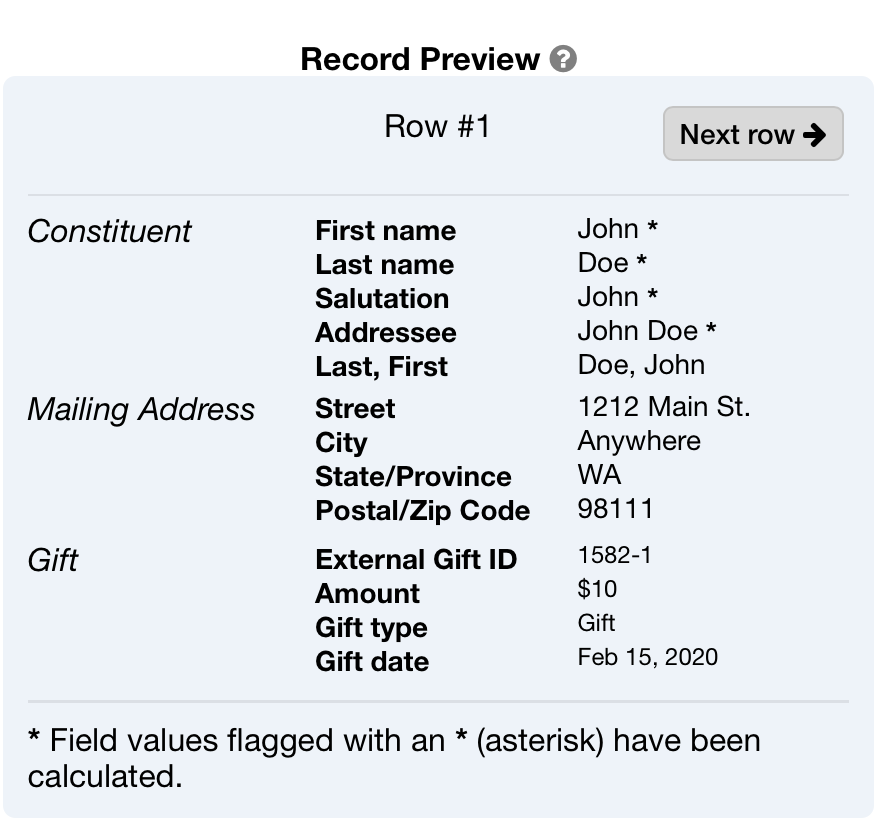 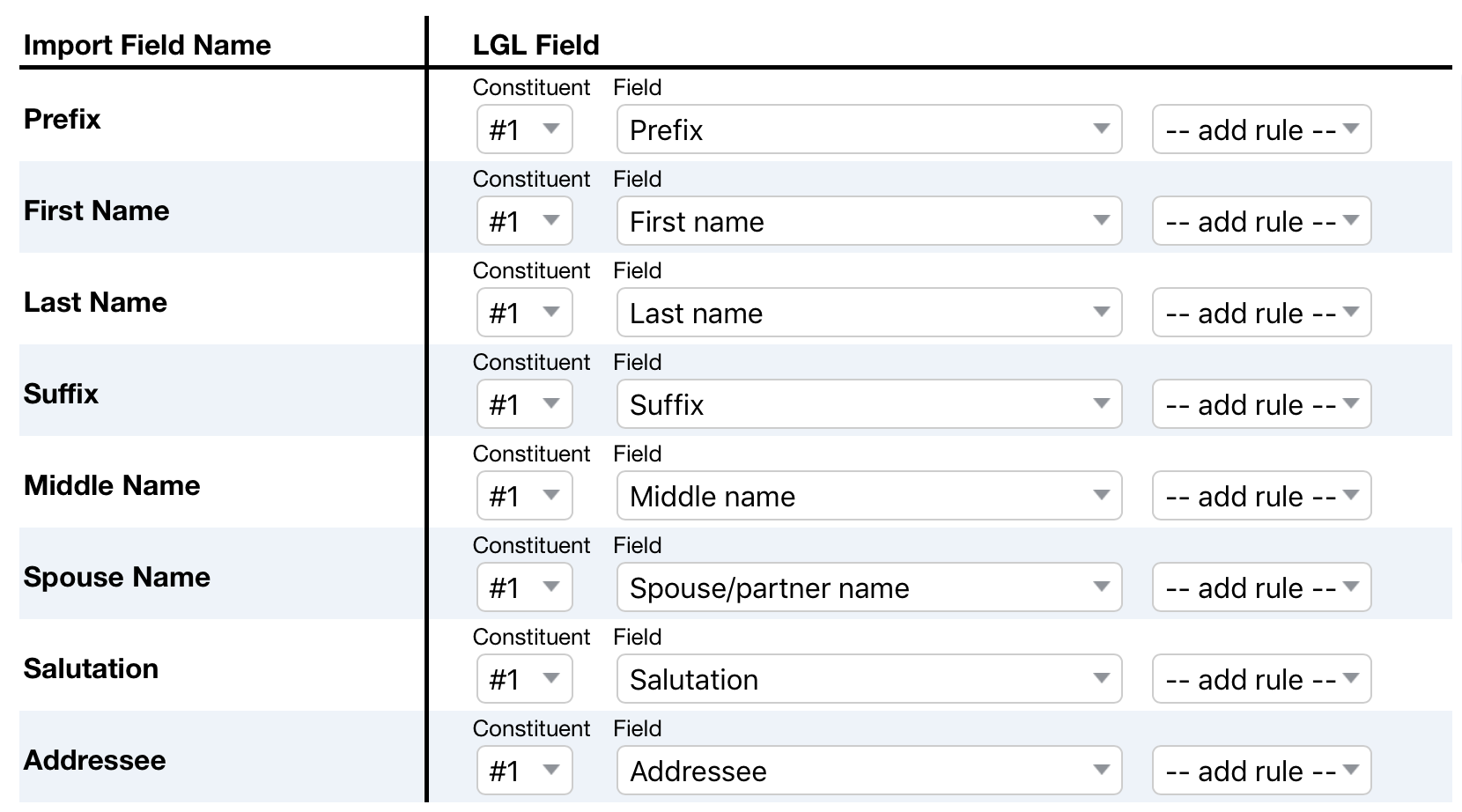 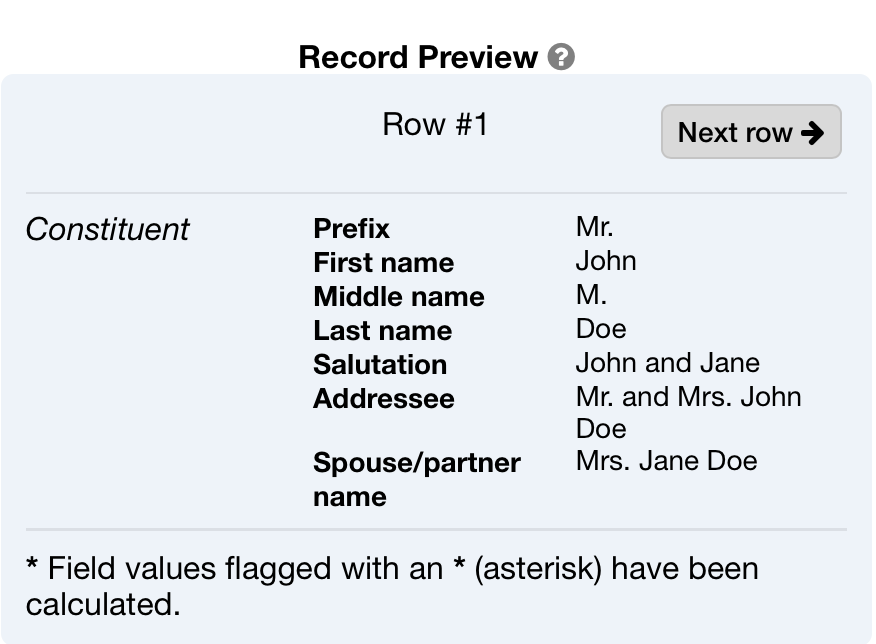