To import a gift and connect it to a tribute, the minimum fields to include are:

You can also import the following fields to set notifications for the gift (a notification to a family member, for example):

To import just the basics, include the fields needed for the gift itself (donor/constituent, amount, date), and then associate that gift with a tribute, either using the “General” tribute name or a named tribute.

Importing this data will assign the tribute to the gift and connect the gift to a tribute (in this case, to the “Honorary - General” tribute).

Alternatively, instead of assigning the gift to the “General” tribute, you could connect the gift to a named tribute as shown here: 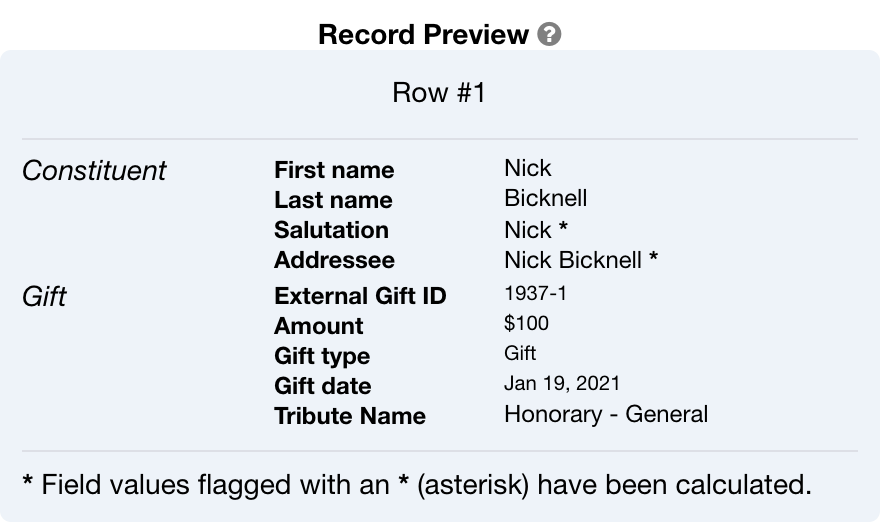 These two fields names sound similar, but they are not:

Tribute Name is the name of a tribute that you’re tracking. Every account includes two default tribute names: Honorary - General and Memorial General. Those are the ones to use if you aren’t expecting many gifts for the honoree/deceased. Over time, these "General" tributes will accrue many gifts, representing many different honorees or deceased individuals.

Tribute Hon./Mem. Name is the name of the actual person who’s being honored or memorialized. In the case of a named tribute, this name is apt to be exactly the same as the tribute name. But in the case of a General tribute, the Tribute Hon./Mem. Name field is how you can identify the exact person being honored (which can then be pulled into the acknowledgment to the donor and into the notification to a family member).

NOTE: Click on the screenshot to see a larger version. 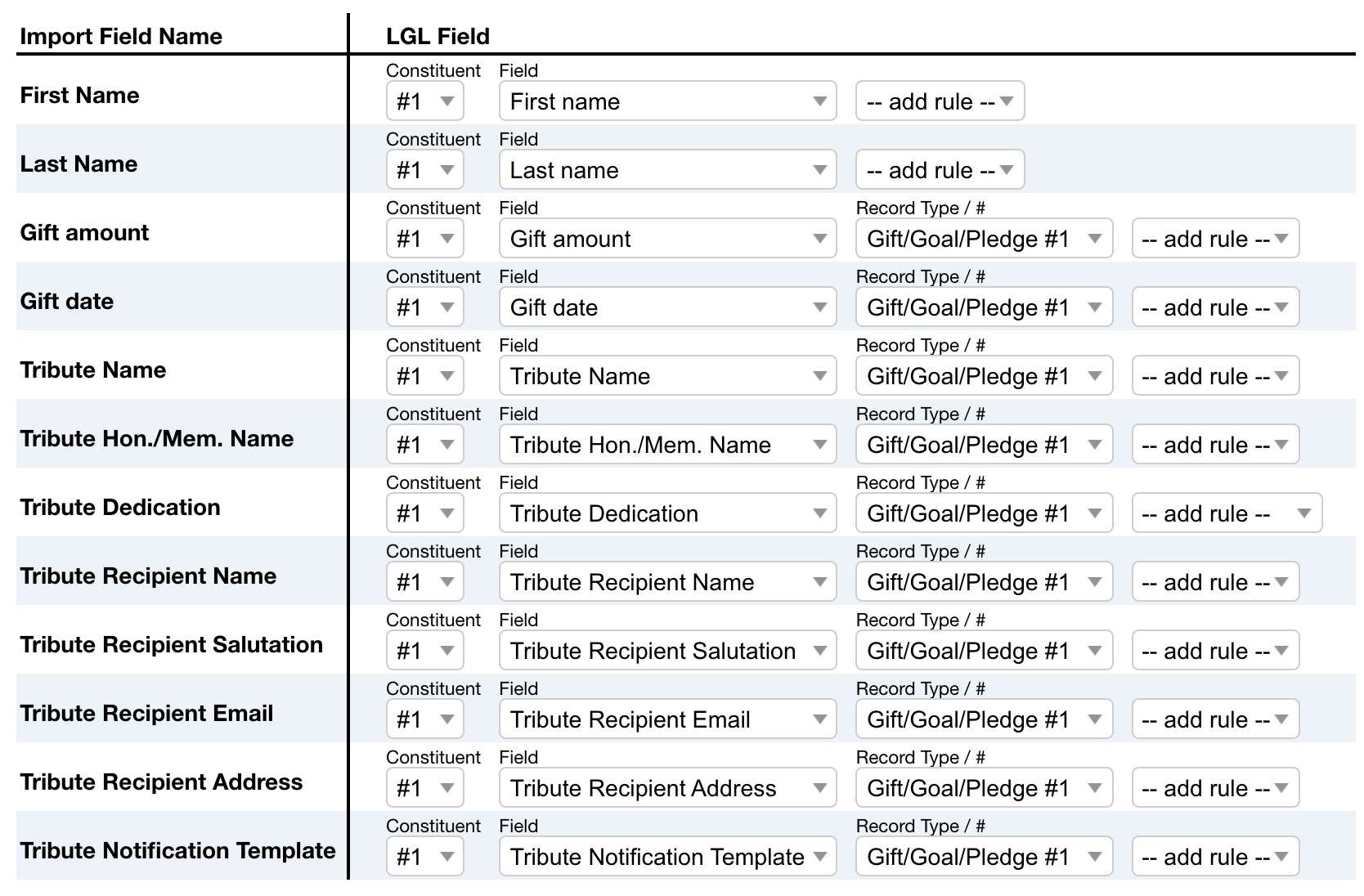 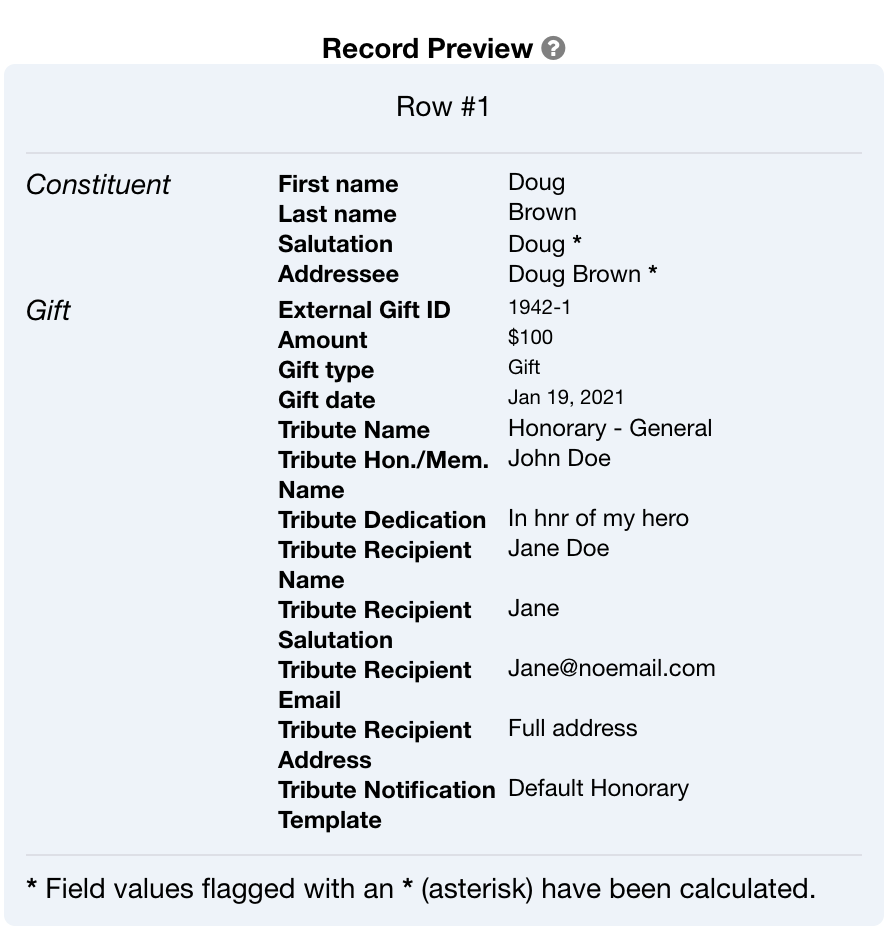