(Importing) What are "Constituent" numbers and "Record Type" numbers in an import's field mapping?

In the context of an import, the Constituent number and the Record Type number are values that exist within the import mappings as a way to group together field data. The first step is to group all the data that should go to a specific fields for one constituent under one Constituent number—#1 or #2 for primary or spouse, respectively. Then, within each of those groupings, the data for each type of record can be grouped together appropriately.

These values can be set within the mapping.

What are "Constituent" numbers in an import's field mapping? 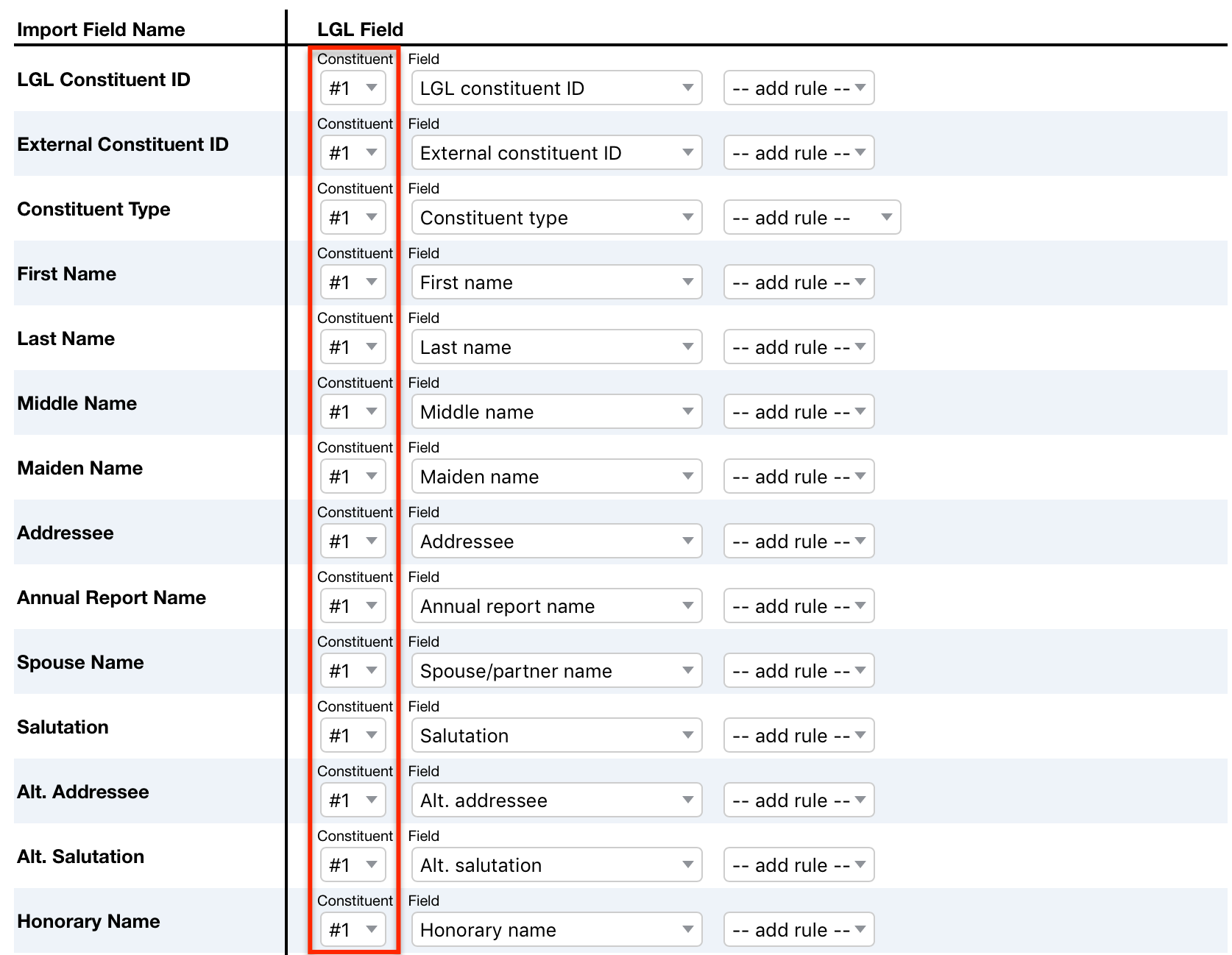 IMPORTANT NOTE: The Constituent number is not used as an ID number.

NOTE: If you are importing one constituent per row of your spreadsheet, there is no need to pay attention to the Constituent number; it will always be set to "Constituent #1".

What are "Record Type" numbers in an import's field mapping?

Record Type numbers in an import's field mapping relate to any data type that you can have a multiple of, connected to a constituent.

Each field in the Flex Importer corresponds to a specific record type, as described in the Data Dictionary. Some of these data types have multiple fields, and most of them can have multiple instances of data for that field. In other words, they can appear multiple times for one constituent. Here are some examples:

When you are importing more than one record type per constituent, you want to make sure all the values that belong to each type of record will be grouped together. You can use the Record Type number to group those fields appropriately. 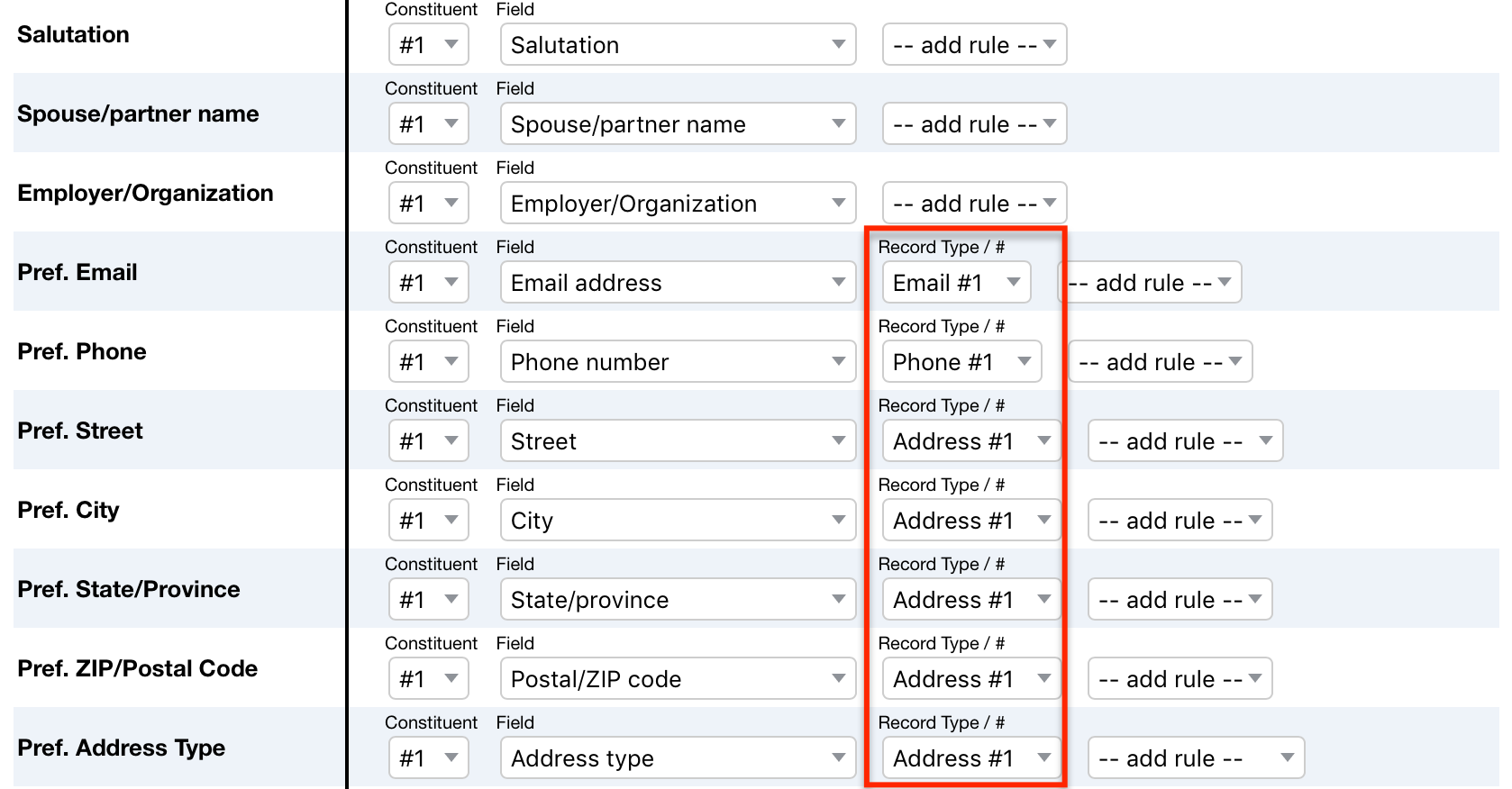 Here is a basic example of how this works. Say you want to import two phone numbers for one constituent. When you map the second phone number, you would set the Record Type / # field to "Phone #2", as shown here: